"Roseluck is a female Earth pony with a pale yellow coat, raspberry mane with light raspberry streaks, chartreuse green eyes, and a cutie mark of a rose. Rose is a recurring background pony, usually appearing alongside Daisy and Lily Valley. She first appeared as a minor character in My Little Pony: Friendship is Magic, before appearing in merchandise. In the show, she was referred to simply as Rose. She has speaking roles in Applebuck Season, Bridle Gossip, The Cutie Pox, A Friend in Deed, Slice of Life, It Isn't the Mane Thing About You, Trixie never gives up!, and The Titter Tree."

"Rose has the same mane and tail style as Amethyst Star, Lyra Heartstrings, Diamond Mint, Lemony Gem, and Silverspeed, and the same tail style as Royal Ribbon. Her color scheme and design are similar to the G3 pony Desert Rose." (Taken from Roseluck's MLP Wikia page)

Roseluck's first appearance(s) were in the blind bags. She was released in wave one as a recolor/mold of Applejack, and came with a special collector card. Her collector card states that she "loves to pick pretty flowers and wear them in her hair!". 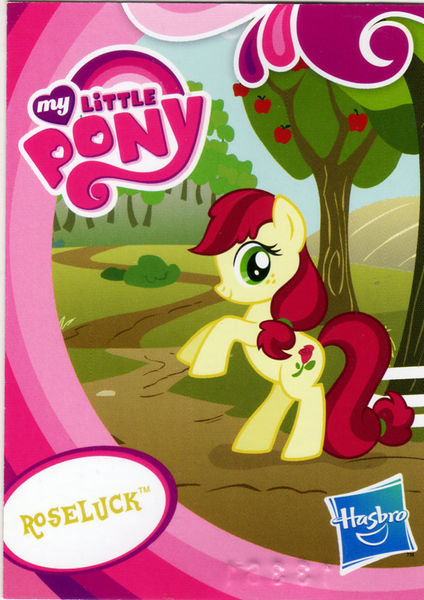 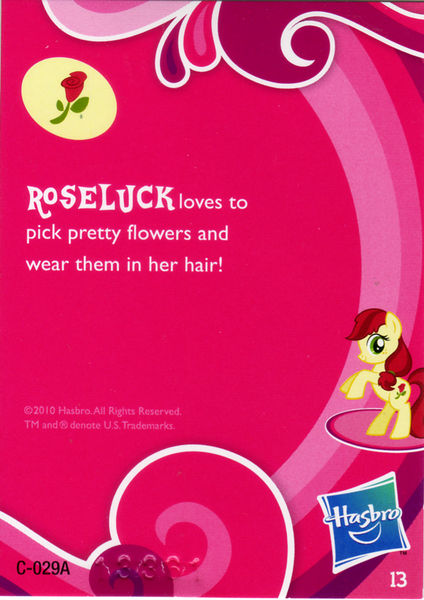 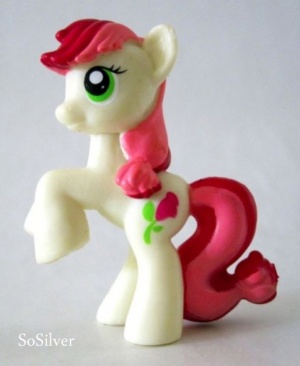 (Images from My Little Wiki)

Roseluck was later re-released in November 2012 during the 6th wave of blind bag figurines with slightly different colors, such as her coat color being a darker yellow instead of a pale yellow. Her cutie mark also seemed different from the first blind bag release. 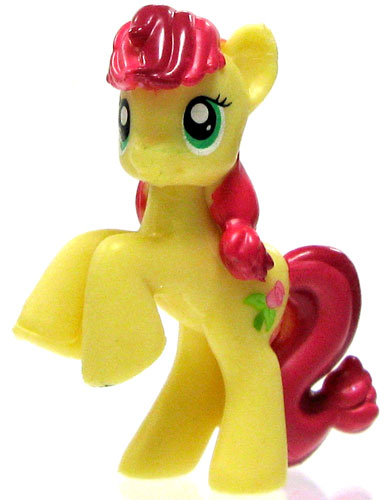 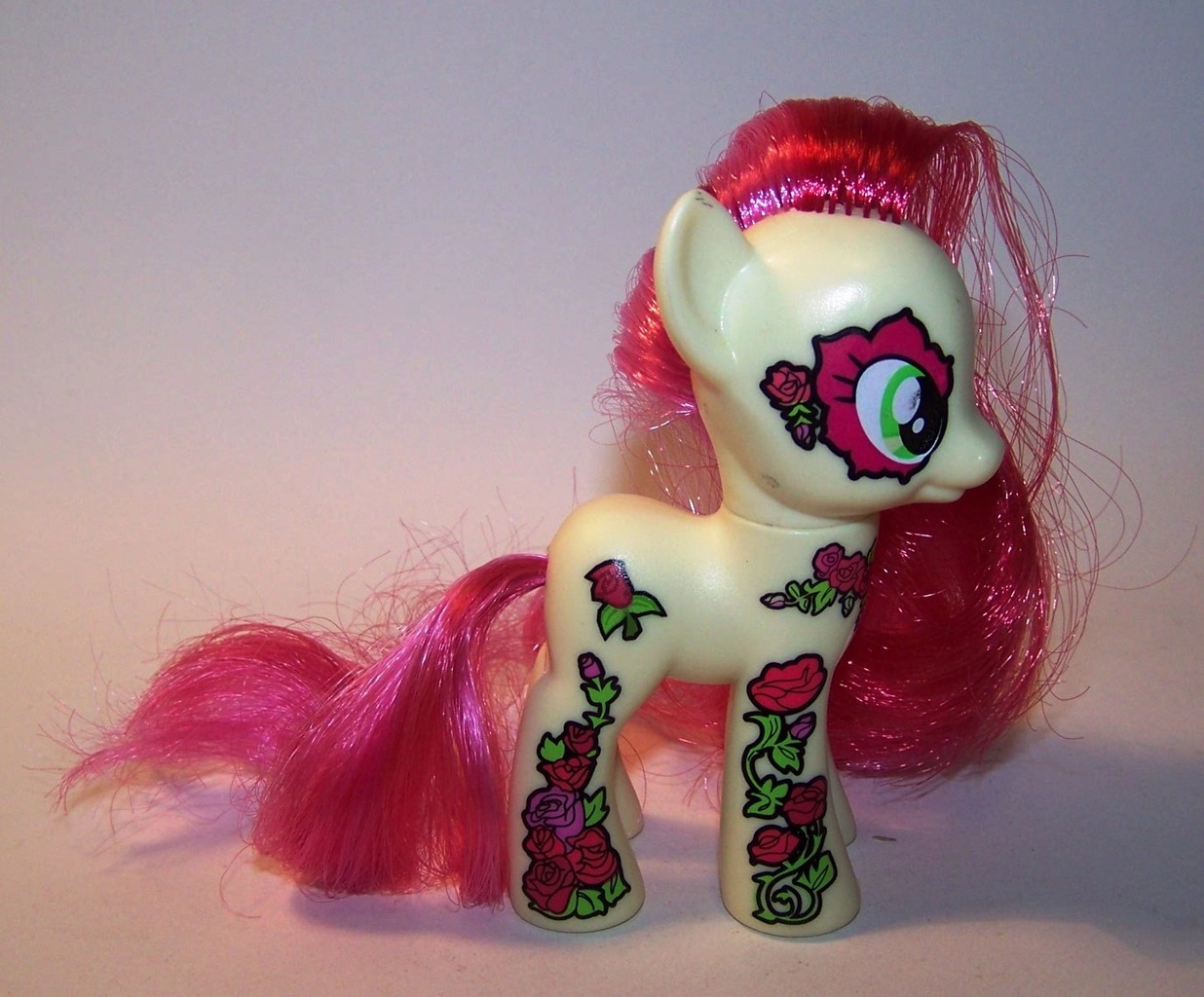 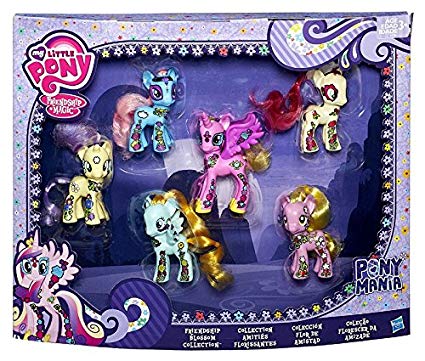 Roseluck also has an Equestria Girls mini-ish figurine. I don't know much about it currently, but when I get some new information I'll write more. 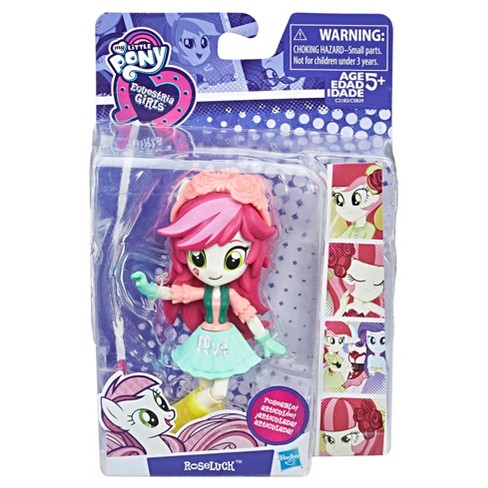 Images © to their respective sources. I do not own any of the images linked on this page.